This week sees the celebration of the 56th Sapporo Snow Festival, and finally (after more than three years living in Japan) I made it to see this world-famous festival.

Sapporo is the largest city on the northern island of Japan, Hokkaido, an hour and a half's flight from Tokyo. Hokkaido is covered in snow all winter, but apparently this year the snowfall was heavier than normal and indeed the amount of snow on the streets is remarkable. Every year in February people from all over Japan, and some international tourists, flock to this city in order to stroll up and down Odori park and gawk at elaborate snow statues and ice sculptures, some as tall as three-storey buildings. The festival began in 1950 and nowadays it attracts snow-builders from all over the world who compete to build the best sculpture.

Here are pictures I took of some of the statues on display in this year's festival: 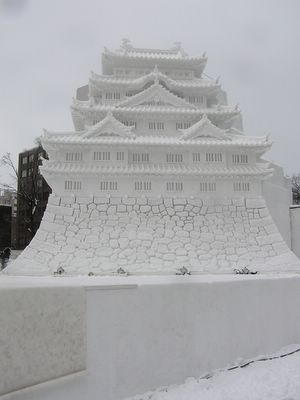 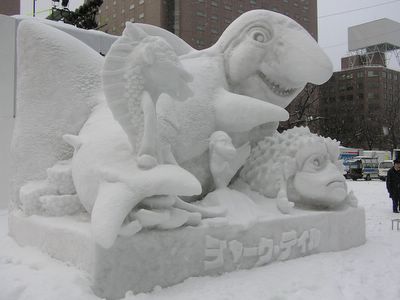 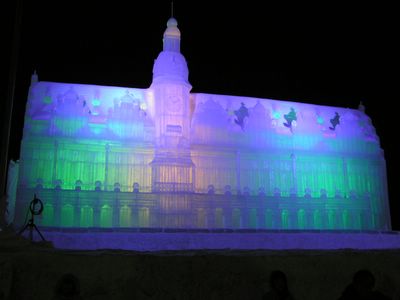 Incidentally, Sapporo is also home to one of Japan's leading beer breweries, aptly named... Sapporo Breweries. Although their beers are good what distinguishes them in my book from other Japanese breweries is the fact that they are the importers to Japan of that most perfect of pints: Guinness.

On our second day in Hokkaido we took the train up to Otaru, a relatively small port city that models itself after Venice. It has its own canal (see below) and several glass-blowing factories. The snow seemed to pile even higher in Otaru... And as if it weren't cold enough outside, one of the city's tourist attractions is the Hall of Ice, a museum built entirely out of ice, boasting a small room that replicates antarctic temperatures (-40 celsius)! 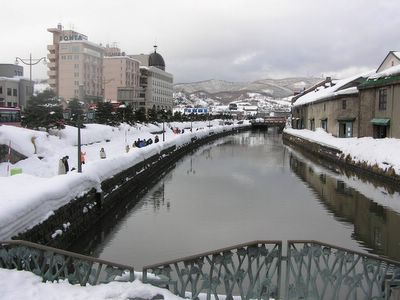