On my way to a meeting in Magdeburg last week, I stopped for a few hours in Leipzig, a city of half a million inhabitants in former Eastern Germany. 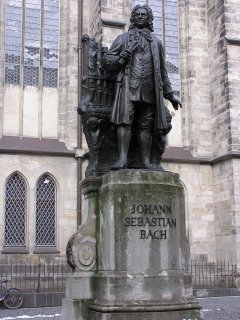 Leipzig is "the city of Bach". The great composer spent the last three decades of his life here, as the director of music and cantor at the St. Thomas church. Outside the church stands a larger-than-life statue of the plump Sebastian. Leipzig also prides itself for other notable German culture heroes: Goethe studied here; Felix Mendelssohn lived here.

In more recent history, Leipzig is known as the city where the "Peaceful Revolution" began in 1989, with demonstrations outside the famous St. Nicholas church, culminating in the fall of communism and unification of Germany.

The old city centre is a small area, easily explored on foot, enabling the passing tourist to see it all in a couple of hours: the old and new city halls, the churches, the tall university building (that is no longer the university) and other famous buildings such as the opera house and a couple of ancient restaurants and coffe shops.

But the memory I will carry with me from Leipzig is from none of the above. In the middle of an innocuous square, not far from St. Thomas church, stand a few dozen wooden chairs. They mark the site of the former synagogue of the Jewish community of Leipzig, destroyed in the events following Kristallnacht in November 1938. More powerful than any monument, these simple chairs serve as a reminder of a community of 11,000 Jews that is no more. 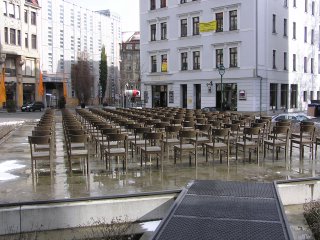 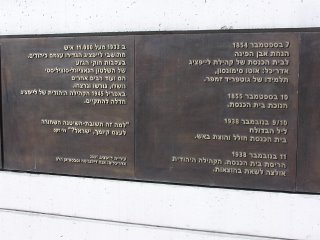