I am against the death penalty, for many valid reasons. But there are days when I cannot think rationally about this issue and the only emotion that goes through my mind is: kill him! The rage is so blinding I think I might even be able to do it myself.

Today is one of those days. 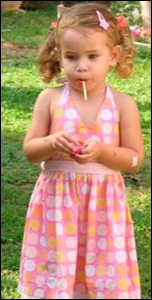 Pinchas – Take Your Time Before Answering

Feminism has its roots in Parashat Pinchas. It is the 40th year of bene Israel’s wanderings in the desert, on the eve of entry into the Promised Land, and the five daughters of Zelophchad appeal to Moshe, in public. Their father died in the desert, of his own sins, and because he had no sons, his inheritance in the Land of Israel will go to his brothers. The daughters complain about the law that females do not inherit. God grants their wish and changes the law of inheritance.

The story is continued at the end of BaMidbar (chapter 36), when members of the tribe of Menashe approach Moshe and complain that because of the new law, when the daughters will marry someone from another tribe, the land will go into the hands of their husbands, thus reducing their share of the Land of Israel. The compromise reached is that the daughters will inherit, but are allowed to marry only within their tribe, so that the land remains in the hands of the tribe.

It is interesting to note that both the daughters of Zelophchad and the people of Menashe use the same Hebrew term when laying their complaints before Moshe: יגרע/ונגרעה – “taken away from”. There is another group of people that uses the same word - נגרע - when appealing to Moshe: the unclean men (by the dead body of man) that could not celebrate Pessach on time (BaMidbar 9) as they could not bring the sacrifice being unclean. They complain that the mitzvah of Pessach is “taken away from” them. God allows them to fulfill the mitzvah a month later.

In all three cases, connected by the term יגרע, God listens to the complaints and changes the law to accomodate a genuine request by people who feel something has been “taken away from” them.

But there is another, wider, connection between the story of the daughters of Zelophchad and the story of the unclean people who could not celebrate Pessach. In both stories, when the case is brought before Moshe, he does not immediately give a response. In the case of the daughters, Moshe “brings their cause before God” and only then provides the answer; in the case of the unclean people, Moshe asks them to “stay put” and wait until he hears what God has to say.

There are two more places in the Torah where Moshe doesn’t know the answer and has to approach God for guidance. The first is the story of the mekoshes (BaMidbar 15), the man who is found gathering sticks on Shabbat, a forbidden act that violates the holy day. When brought before Moshe, he orders to place him in custody until God tells him what the punishment will be. The second story is the one of the blasphemer who curses God (VaYikra 24). Again, when brought to Moshe, he is first placed in custody until God tells Moshe what to do.

There are a couple of important lessons to be learnt from these four stories. Moshe, the greatest leader and prophet that ever lived, teaches us a lesson in humility when he admits to not knowing the law and asking those before him to wait until he checks it out. All too often we are embarrassed, or too vein, to admit we don’t know the answer to something and we make up an answer or evade the question. Moshe tells us it’s OK to say “I don’t know”.

But the deeper lesson here is to be found in a subtle difference between the cases. The daughters and the unclean people are asked by Moshe to wait where they are, and he comes back with an answer after a short while. But the person who violates shabbat and the blasphemer are put away for some time; their verdict is not given immediately but only after a time of deliberation. The reason for this difference is that in the first two cases, the issue is a monetary issue: a piece of land (Zelophchad) or an animal for an offering (Pessach). Whatever the verdict is, the worst the plaintiffs can lose is property. But in the other two cases, the issue is life-and-death: violation of Shabbat and cursing God, both acts punishable by death. Even though Moshe might not know the exact law and needs to consult with God, he knows these last two cases may result in the death of human beings. So he is careful and takes his time. He asks that these men be put away, to give enough time to examine their cases and ample time to decide what the punishment should be. When it comes to dinei nefashot, one has to take extra caution before reaching a decision. Life is at stake.