Last week, on my way back from Tveria, I stopped at Bet Shean, a small city in northern Israel, close to the border with Jordan.

My first goal was to eat. As most of the places in Tveria were closed, I was hungry by the time I arrived in Bet Shean. Fortunately, the first building that greets drivers arriving from the north is a small shopping mall with a McDonalds restaurant, boasting a huge sign that this is the kosher McDonalds... Well, how can I resist such a temptation? 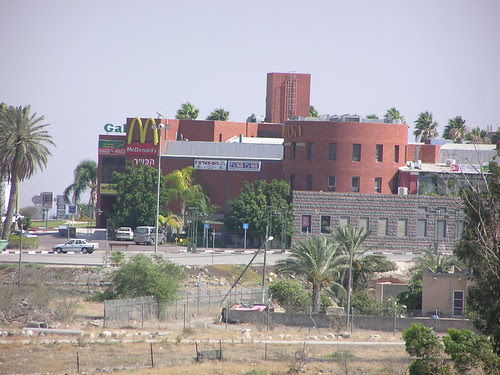 Lunch was mostly uneventful, but dining among local residents proved an experience in and of itself, in an anthropological manner of speaking... Say no more.

I then set out to find the archeological digs of ancient Bet Shean. Fortunately, the place was open. The guy at the cashier almost fell off his chair when he saw me approaching; evidently, not many people visit these days. I paid 23 shekels, got a small brochure and headed in. I had the entire 1300 square metres of the National Park of Bet Shean to myself. And what a pleasant surprise it turned out to be.

The digs revealed the remains of a city that was populated continuously since the 5th century B.C.E. The most spectacular remains are from the glory days of the Roman city of Scythopolis, during the rule of Hadrian in the 2nd century C.E. There are also remains from Hellenistic times. As the city was destroyed by a powerful earthquake in 749, many of the buildings were preserved as they were during the Roman times. (Apparently, what happened to the people is still a mystery, as no human remains were found).

Frankly, the Roman ruins are so impressive that they compare, in my humble opinion, with the ruins of the Foro Romano in Rome. I will let the pictures I took speak for themselves: 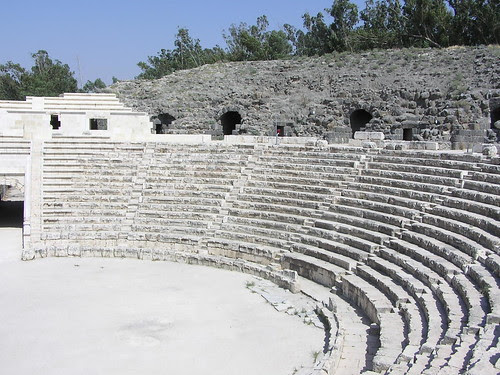 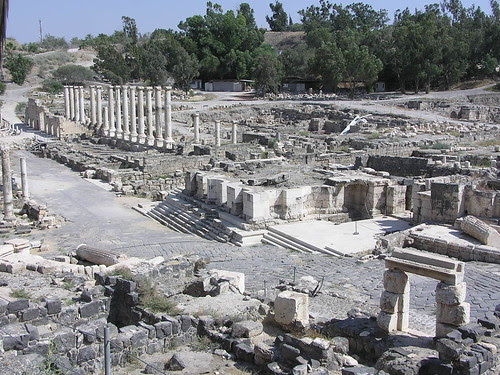 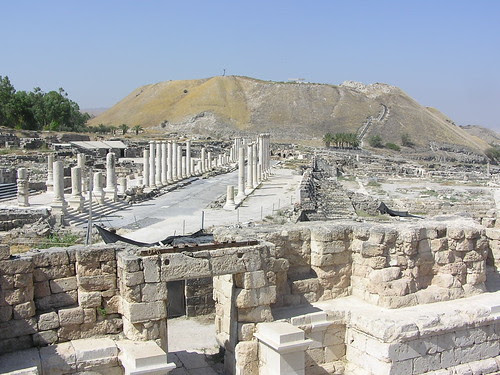 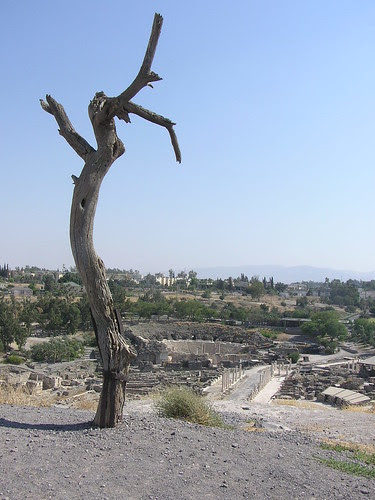 I then climbed the 200 or so stairs up to Tel Bet Shean, seen in the background in the 3rd picture above. It wasn't easy climb, given the heat and beating sun, but well worth it. I am now studying about the history of Israel during the days of the First Temple and seeing some of the ruins there from biblical times was truly fascinating. Ancient Bet Shean was the place where the Philistines hung the bodies of king Saul and his sons after the fateful battle of the Gilboa. The tel digs also uncovered ruins from the Pharaonic times. 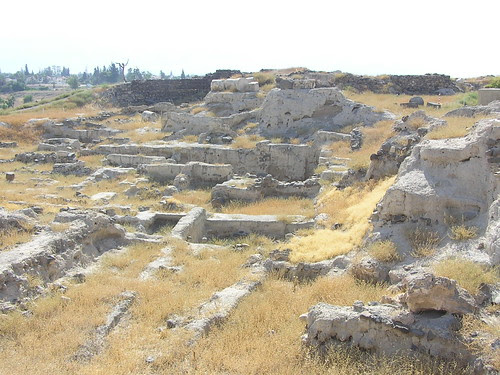 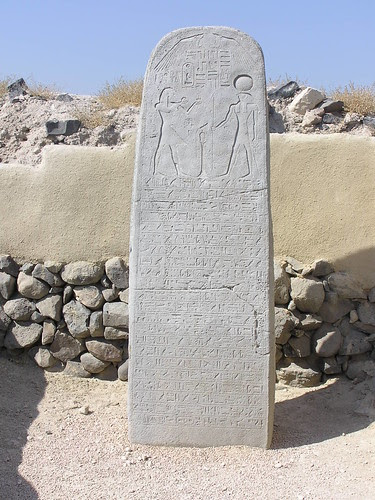 On the way out I could not resist taking a picture of my car, so lonely in the the vast and empty car park: 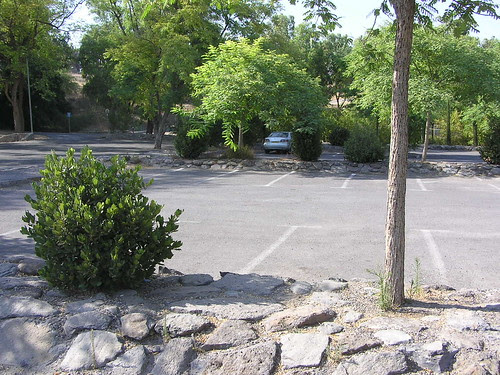 Hey, I was in Bet She'an too! Just a few weeks ago! You and I took similar pictures. I loved it there but, wow! was it ever hot that day, like a blast furnace. I too noticed that the parking lot was nearly empty. I guess when you live in Israel you get used to having archeological treasures in your backyard.