With a few hours to spare in Madrid last week, and as it was raining outside, I decided to make a short visit to the Reina Sofia museum. Founded in 1992, this museum replaced the Spanish Museum of Contemporary Art and hosts works by Picasso, Dali, Miro and others.

My main reason for visiting this museum was, like many others I suppose, to see Picasso's "Guernica". This picture was commissioned by the Repulican government in 1937 for the Spanish stand in an exhibition in Paris. I didn't realise it was such a big work of art: almost 8 meters wide and 3.5 meters tall. The hall around the "Guernica" shows Picasso's sketches from his preparation work and photographs taken during the process of painting the picture. 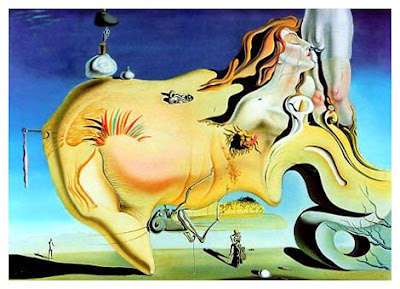 Another Dali work which I liked better, perhaps because it's not so "modern", was "Muchacha en la Ventana", which is apparently one of his most famous pictures, painted when he was only 20. The model standing at the window is his sister. 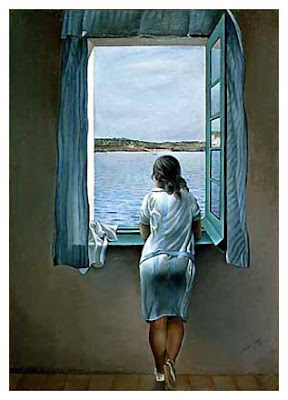 An hour and a half at the museum was enough. I walked up Calle de Atocha and took a short walk around the old neighbourhood where Cervantes and others lived. But the rain just wouldn't stop, so I decided to call it a day and enjoy an unplanned lunch at the excellent kosher restaurant "Naomi Grill" on my way back to the airport.