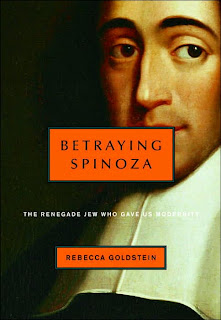 I think when I was about 11, I thought to myself that God is nature and doesn't tell us what to do. I could have been a great philosopher hey ?
Being secular I have always had a problem seeing the divine hand behind the written and oral law that is central to Judaism. It seems archaic and manmade at best although infinitely fascinating ( but being secular who am I to judge - I could as soon as read Chinese as read the Talmud and my knowledge is based on a a dabble in English translations).
Interestingly, Spinoza was a determinist - the only choice we have is ability to realise (or not) that that our actions are driven by necessity. Ummm- big potential to misunderstand that to fit our own need. I had better leave philosophy to the true philosophers.