It’s All About Education, Stupid!

Last week a friend of mine lent me the book “Whither Israel” (ישראל לאן) by Gadi Bloom and Nir Hefetz, two Israel journalists. The book is a series of 18 interviews with famous Israelis about different aspects of life in Israel – law, security, economy, culture, education, human rights, sport, etc. - with an emphasis on where the country is heading. 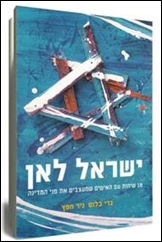 Some of the interviews are fascinating. Aharon Barak, formerly the President of the Supreme Court, paints a concise picture of the inherent paradox of a democratic and Jewish state and talks intelligently about the compromises needed to sustain this anomaly. Nochi Dankner, a prominent businessman, disperses many populist myths propagated by the media about the “industry tycoons” and talks frankly about the difficulties of being responsible for the livelihood of thousands of families. Ahmad Tibi, a veteran Arab Israeli politician does not gloss over some of deficiencies of the Arab sector in Israel, while staying true to his beliefs.

Other interviews are less interesting and a couple should have been omitted from the book. Shulamit Aloni, a prominent retired left-wing politician, comes through as a bitter old woman, and any good ideas she proposes get lost in the general accusatory nature of the interview. And Yehuda Shenhav, a professor of Sociology known for his strong views on ethnicity and race, sounds like a raving madman firing in all directions; I had difficulty figuring out what he was saying.

But the thing that struck me most about the book is that despite the heterogeneity of the people and subjects, the vast majority of the people interviewed raised the same topic: the importance of education for the survival of Israel. They lamented the decreasing standards of education in this country, the constant cuts in the budget, the dismal performance in international standardised tests and the “brain drain” phenomenon (throw a rock at any leading university in the US and it’s likely to fall within a few feet of an Israeli professor). Again and again they stressed that the single most important factor in determining the future of this country is the level of education and therefore the government should put much more emphasis on better education. One suggested to separate the Ministry of Education from the public service and detach it from the short political cycle of decision making; another suggested incentives for drawing back scientists who left the country; another recommended radical changes in the training programmes and pay structure of teachers. In short, it’s all about education, stupid!

This is not a new thing. We didn’t need all these interviews to understand that education is important for Israel and that the decline over the past couple of decades is a disaster for its future. Even if we neutralise the Israeli Arab and the Ultra-Religious sectors (traditionally scoring less on tests), the decline in the general population is still significant. One only has to look around - even in the greater Tel Aviv area, the heart of the country - and witness that way too many people have their priorities upside down. The talk of the day is about reality shows on TV, “all included” vacations in Turkey, get-rich-fast “social marketing” schemes, and the like. Gone are the values (wrongly labelled “zionist values’) that drove the young generation towards achievement through education and hard work. It is the type of “market failure” that warrants strong and immediate response from the government, but looking at the politicians running Israel in the past 15 years does not offer much hope that they will know to do the right thing.

The prophet Isaiah famously described the people of Israel as slaying oxen and killing sheep, eating flesh and drinking wine, whilst proclaiming: “Let us eat and drink, for tomorrow we shall die” (ch. 22). What can be a truer description of the short-term vision of our leadership with regards to the most vital asset of this country: education?