It’s All in the Eyes

Molitan is a factory that produces sewing threads. It is located in the northern city of Nahariya, Israel, and employs about 80 people.

The employees have not received their salaries for two months now, and the main creditor bank refuses to loan the factory 1.5 million Shekels (about $400,000) to pay these salaries. Many of the employees are single mothers or above fifty, and if the factory closes down (which currently looks likely) they will have a very hard time finding a job. Unemployment in northern Israel is about 9%, compared with only 6% in the Tel Aviv area.

This really isn’t news. Stories like these are a dime a dozen in these harsh economic times. What prompted me to write about it was this picture, taken by Yaron Kaminsky and published in Haaretz. It’s all in the eyes: the fear, the helplessness, the desperation. 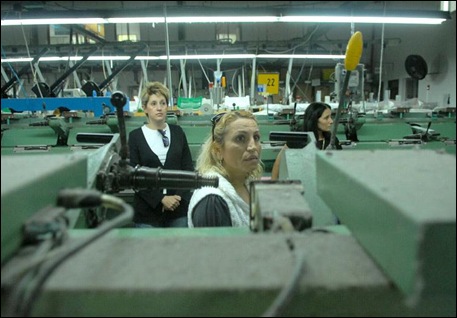 H. Abrantes said...
This comment has been removed by a blog administrator.
2:30 PM