On Friday, two IDF soldiers died in a fire exchange with Palestinian terrorists in the Gaza strip.

One of them was Major Eliraz Peretz z”l, a 32-year-old deputy commander in the Golani brigade, and father of 4 children. Tragically, his older brother, Uriel, died in combat in Lebanon 12 years ago. His father could not bear the loss and died a few years later. I cried this morning listening to the mother, Mirian, speak on the radio. A modern-day Job. 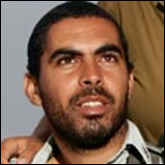 The law in Israel is that if a new recruit wishes to join a combat unit, and his family has already suffered a loss (a father or a brother), then the family, typically the mother, needs to approve his wish in writing. In other words, if a family member has already died in the line of duty, then the family has the right to veto the decision of another family member to join a combat unit.

This law must change. There are only a handful of “veto” cases each year and the reason is simple. The mother usually has no power to decide against her son’s wishes. If the son decides to follow in his father’s or brother’s footsteps – which is usually the case – then the pressure against the mother is unbearable. A child of 17 or 18 years is not mature enough to see the possible ramifications of his decision on the family and his desire to be a combat soldier will drive him to force his mother to sign the release form. No mother can stands in the way of her son’s wishes, especially when she’s already lost a son.

The state is acting unfairly in passing the decision on to the mother. Instead, the law should state that if a family member has died in the line of duty, then no other family member can join a combat unit. Period. No exceptions. He (or she) will need to fulfill his military duty by serving elsewhere in the army, where his chances of survival are infinitely higher. The burden of a double death in the family is one no family should be exposed to.

I agree. My Israeli son is 17, very healthy and patriotic, and in that naive 17 year-old macho way, he wants to be "combat" . He is caught up in a teenage macho loop. I don't think I can stop him .
I too found myself moved to tears by the price paid by the Peretz family. I think as you do that those families that have lost sons should be protected from risking the same sacrifice again.

I agree totally...My son wants to , typically join a combat unit.I am secretly pleased that he may not be able to due to a minor health problem ...but that's an opinion I keep to myself !!