Reading the commentary in the press/blogosphere about Lieberman's impressive gains in this election (15 seats), one would think Israel is on the verge of annointing Mussolini (not to say Hitler) as its new supremo. Bye bye democracy. 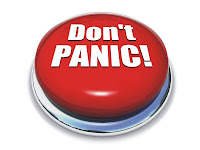 Just as the tirade against Lieberman during the election campaign was a lot of hyperbole, so the current "end of the world as we know it" commentary is way off the mark. Lieberman happens to have a hulking figure, fleshy lips, a beard and portruding, unblinking eyes - an altogether intimidating physical presence (the kid that beat his son up can testify to that). And he does not mince words when it comes to making a point about his vision for an Arab-free Israel. But like all barking dogs, Lieberman can and will be co-opted once in power. He's is a one-man party, whose success rode on understandable fear and confusion. Once the dust settles and Lieberman is offered a seat at the table, he will tow the line pretty much like he did in the past. Election talk (not only Lieberman's) ought to be taken with a grain of salt.

And if not, and he does become too strong for the liking of the powers that be, then I'm sure the public prosecution junta will make sure he is sidelined with incessant investigations and imaginary lawsuits.

This is Israel, not Milan or Munich nor Weimar, DE. There is no Israeli electorate who would willingly acquiesce in the creation of a homegrown "Jewish-style" fascist, with power to rule, to boot.

I couldn't agree with you more.