It is the middle of August and I have a longing for cucumbers. Not the vegetable, but the eponymous season, also known in English as the Silly Season.

Enough with the economic downturn and its green shoots, enough with the panic from swine flu and enough with the reports about murderous rampages. Give us some light and frivolous news, something that can be easily consumed in this insane heat.

A-propos weather, this is what my iGoogle page has been displaying for the 5-day forecast for Tel Aviv for quite some time now:

It has not changed in weeks. In other words, even the weather forecast is predictably boring, adding to the general indigestion.

But there is some respite after all.

Canadian researchers from The University of Ottawa published a mathematical model predicting the outbreak of… not swine flu, no… but an attack by Zombies! In other words, how the world can cope if it is attacked by hungry Zombies. And this is not a joke; some of the modelling is pretty impressive: 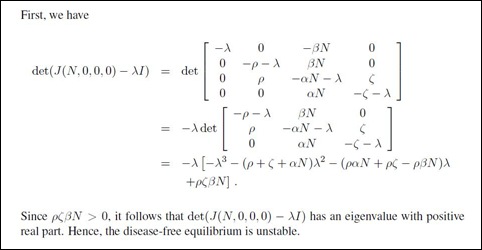 The esteemed mathematicians reached an astounding conclusion: “only quick, aggressive attacks can stave off the doomsday scenario: the collapse of society as zombies overtake us all”. I hope world leaders heed the call and devise an emergency plan, with suitable funds, to prepare for this disaster.

I found this really interesting. I like your blog. Keep blogging!!